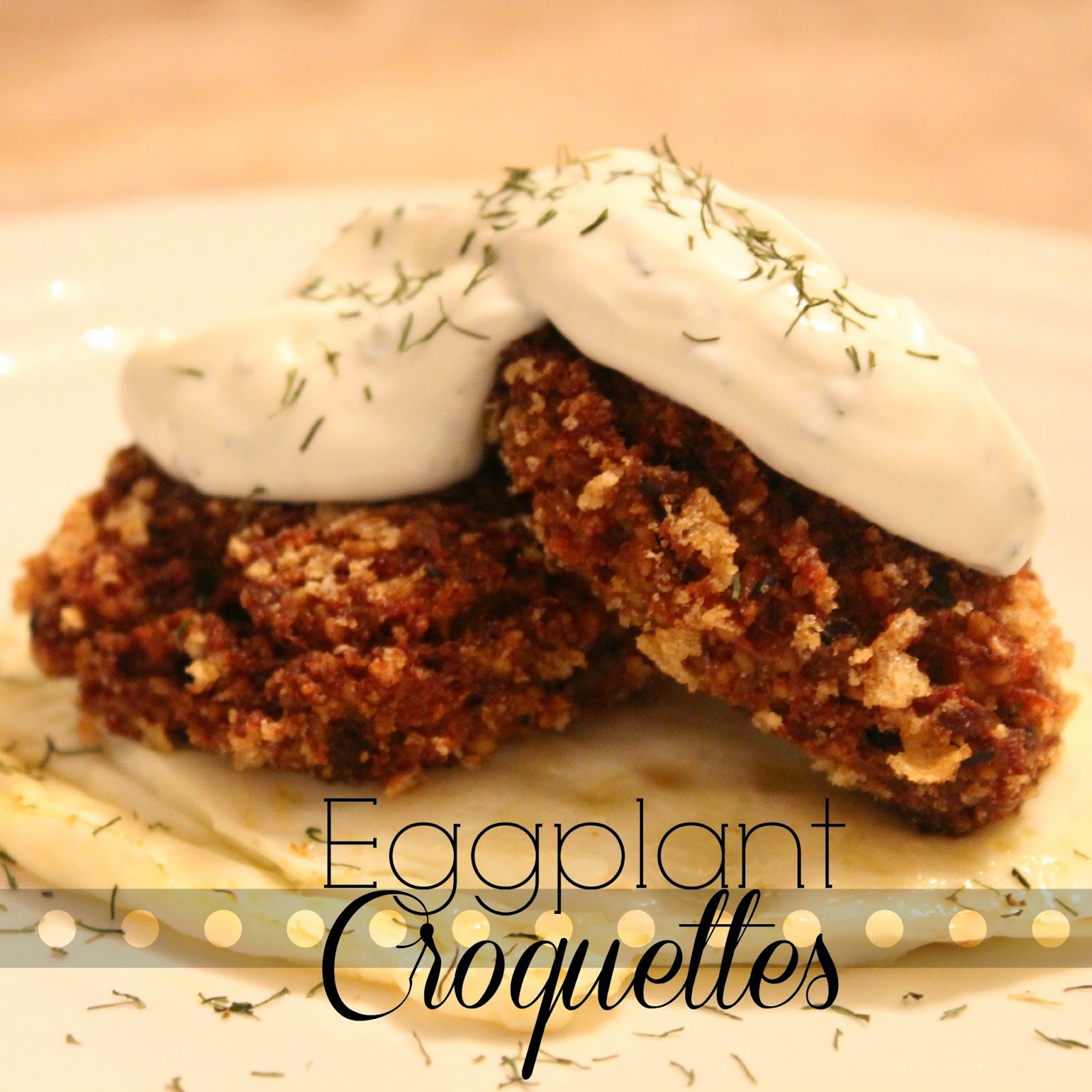 While on my quest to try new recipes, I figured I should also try new ingredients. One item in particular has always put me off a little bit: eggplant. I've never tried it; definitely never cooked with it! But since when have I let that stop me.
A few nights ago, I made eggplant Parmesan for my mom and me. I only used about a third or so of the eggplant. The rest has been chilling in my fridge (get it!)  ever since.
Well, this morning (last night rather), I forgot to take meat out of the freezer to thaw. Uh oh. Typically that would mean a fast food run or a pizza. My carnivorous husband must have meat *beats chest*
I didn't tell him we didn't have any thawed. Instead, I snuck off quietly into the kitchen and tried something new. 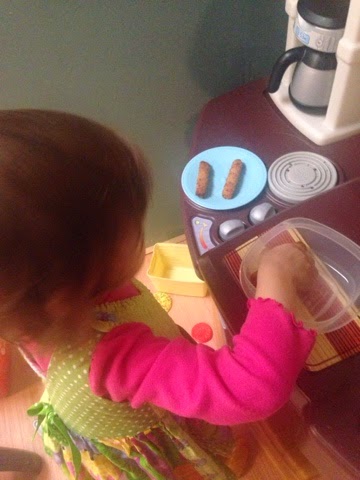 I had a pretty awesome sous chef :)
One of my sweet students has been bringing cook books to school to look at with me. One of the recipes was for mock crab cakes made with eggplant! 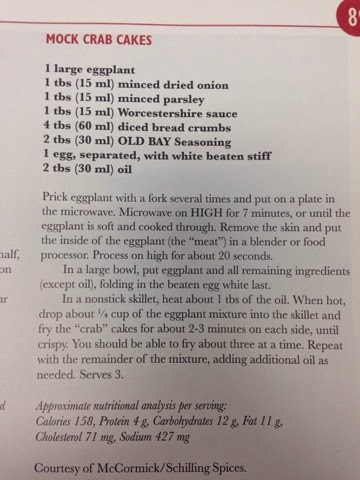 Sounds interesting, right? I took that idea and made it my own, changing pretty much everything about it along the way. In fact, the only thing that stayed the same was the eggplant.
I cubed the rest of the eggplant that I had- I'm guessing maybe two or three cups? I put that in my food processor and turned it into almost a purée. He next part, if you know me at all, you'll know was my least favorite part. I squeezed the water out of it.
I hate getting my hands dirty or even wet for that matter. Oh, the sacrifices I make in pursuit of a good recipe!
I wrapped the puréed eggplant in a dish towel and rung the water out. I got about  1/4 cup of liquid out of it. The eggplant has to be very dry in order to for the croquette to stay together.
I put the dry eggplant into a medium-sized bowl and added 1 c grated parmesan, 1 quart bag of pork rinds (crushed with a meat mallet), and seasonings to taste (garlic powder, onion powder, and Tony's creole seasoning). Once I had my seasonings how I liked them, I stirred in two eggs.
I think things fry better once they've chilled for a while, so I let the mixture rest in the fridge for about 10-15 minutes. Then I rolled the mixture into 1.5-2" balls and rolled them in more crushed pork rinds. 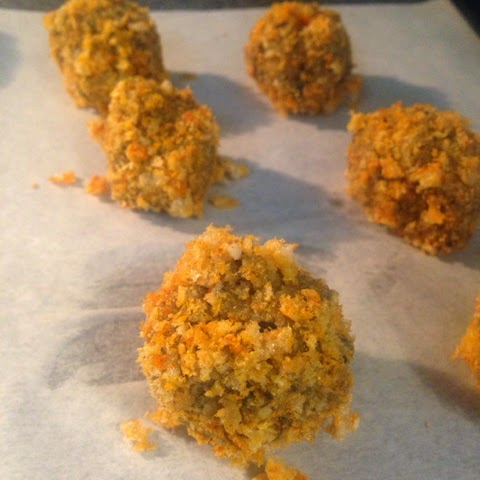 To fry them, I heated my oil over medium-low heat; pork rinds can and will burn easily if the heat is too high. I dropped each ball into the hot oil, flattened them a bit with the spatula, and fried them for six minutes on each side. Drain excess oil on paper towels.
I also made some of my favorite creamy dill sauce: equal parts mayo and sour cream with lemon juice, salt, and dill to taste.
I served these over a fried egg over easy. It was amazing. 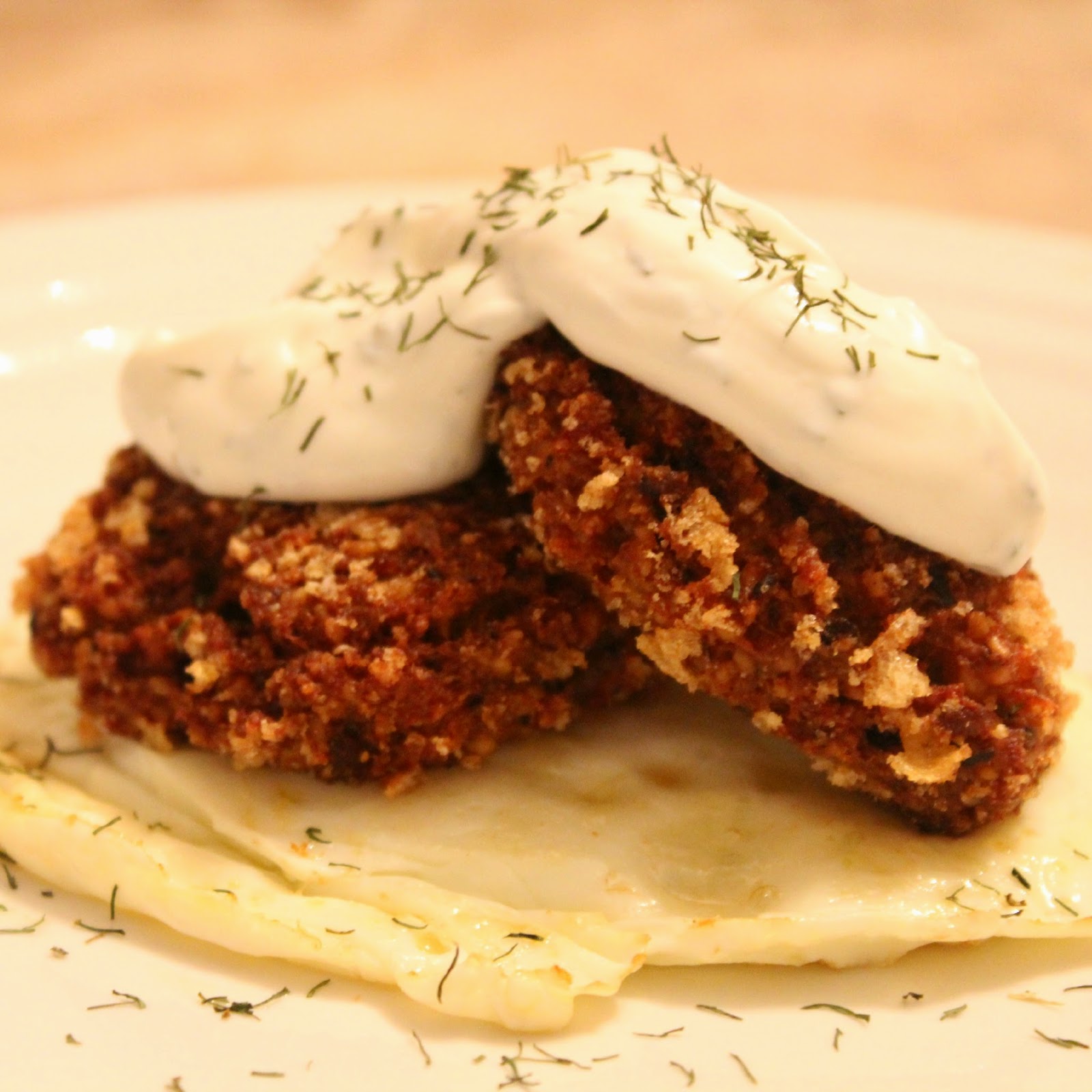 Of course the real test was serving my husband. I made my plate first and ate it. He asked what it was, but I wouldn't tell him. When it was his turn, I brought it to him. He said it looked great. When he ate it, he said it was delicious. When I told him it was eggplant... He stared at me with disbelief. You have to understand- this man had vowed never to eat eggplant. He doesn't like how it looks. He wouldn't even try the eggplant Parmesan I'd made. He was absolutely shocked. "This is eggplant?" he kept repeating. He ate the whole thing. 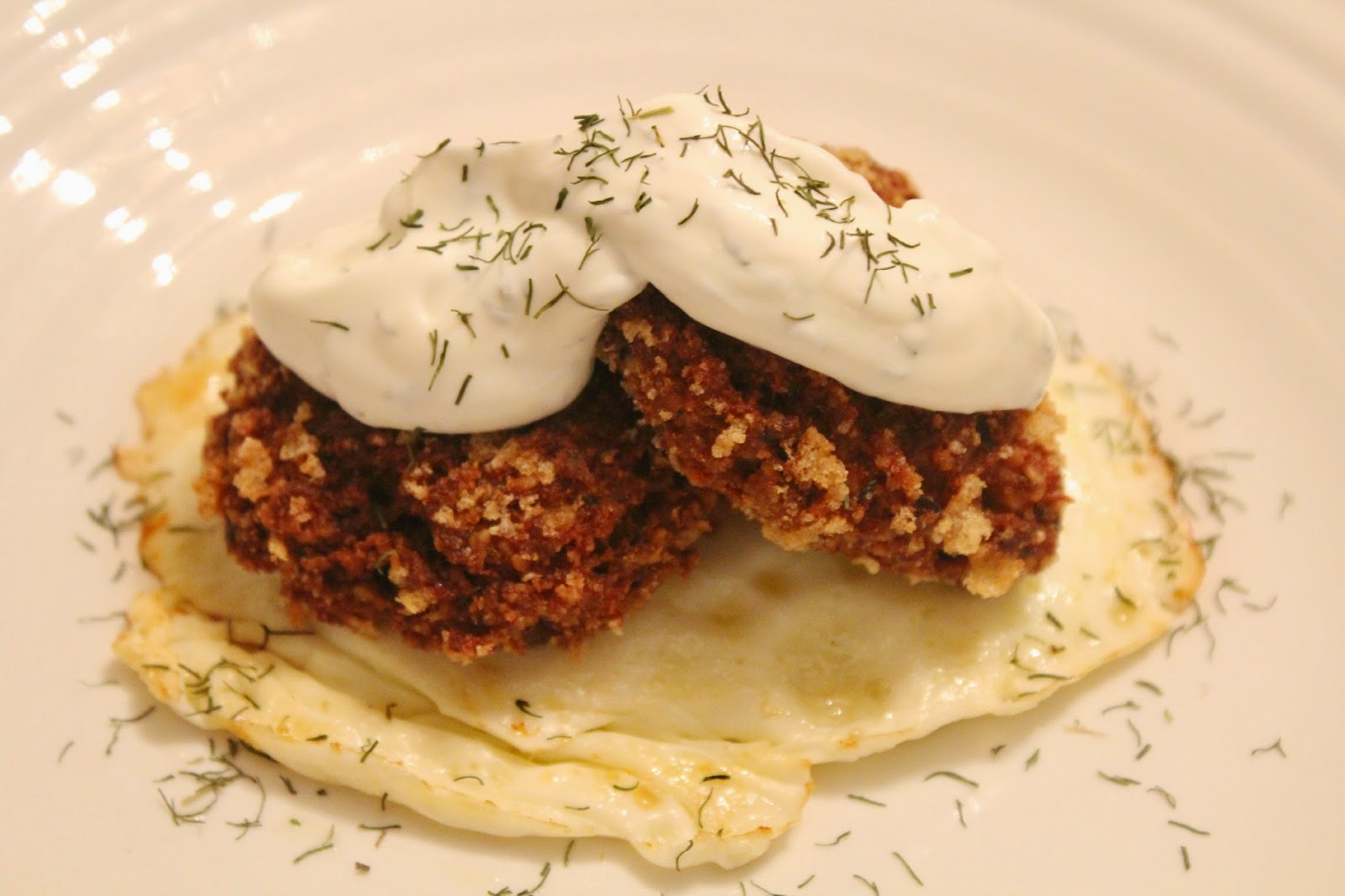 I'm so glad I was brave enough to try something new. That's how this whole year has been, pretty much. Who knows what lies in store, but I'm ready!