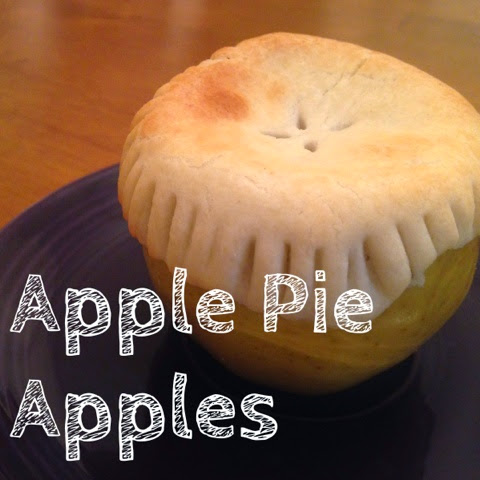 My husband loves apple pie, but I am not a fan. I know. How un-American. So when he was really wanting an apple pie last night, I didn't want to disappoint just because I don't like them. I also didn't want to make an entire pie. So I came up with an individual serving of apple pie that is just a fun to look at as it is delicious!
I cut the top off of an apple and scooped out the insides, just like if you were carving a pumpkin. Keep the filling and get rid of the seeds and core pieces. Combine the filling with some cinnamon and sugar. Put it back inside the apple. 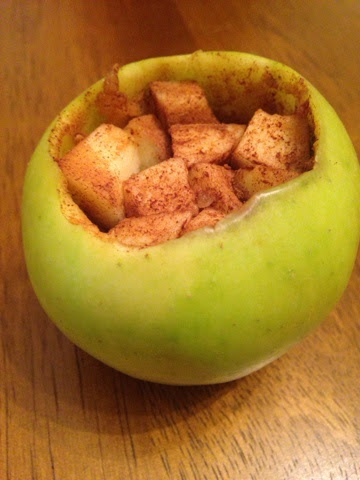 Cut a small round piece of pie crust and cover the opening. Bake according to crust directions until the crust is golden. I baked mine at 400 for 10 minutes. It is very hot when it comes out, so let it sit for a while. My husband really enjoyed his single serve apple pie! 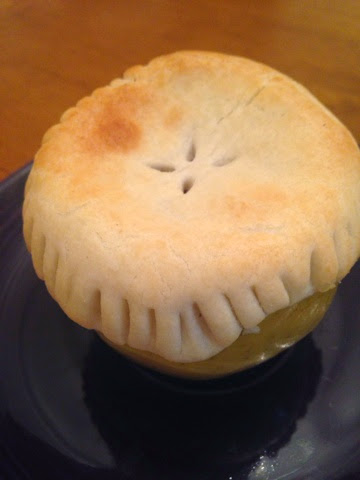