My father-in-law is one of the kindest, most soft-spoken individuals I've ever met. He is always there whenever his kids need something. He loves his granddaughter so much. He doesn't ever ask for anything. This year for Father's Day, we wanted to do something special for him.
Ever since he attended his first concert in 1981, he has been saving his ticket stubs from games, concerts, and races. He had them all in an overflowing gallon sized ziploc bag hidden away in a drawer. I told him I needed them, and he was not to ask why. After many promises to take care of them, the ticket stubs were handed over.
I had a display box, and I traced and painted the words "admit one" on the front of the glass. I filled the display box with the ticket stubs, placing the most favorite, meaningful stubs in the front. His first concert ticket, a football ticket from my husband's first year as band director. Many others.
I was so excited to give this to him. A collection spanning 33 years deserves to be displayed! 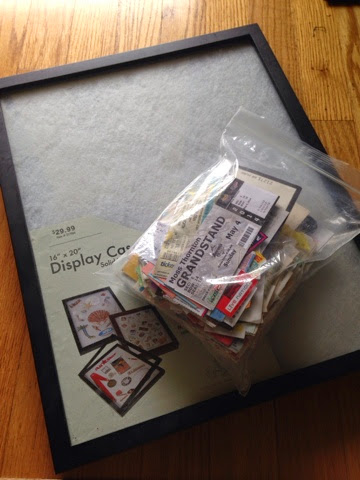 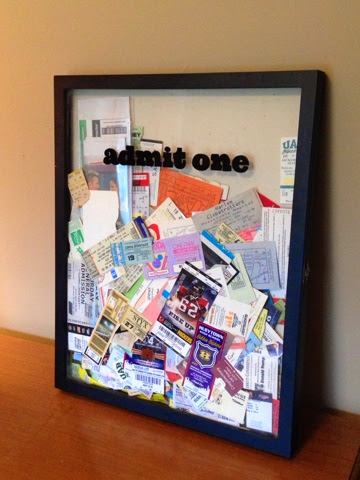 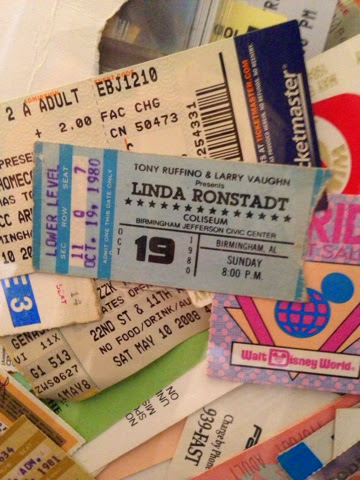