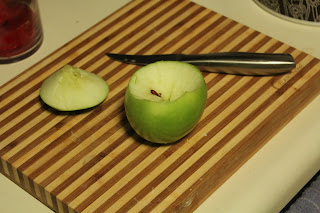 Scoop out the inside of the apple (again, just like a pumpkin). 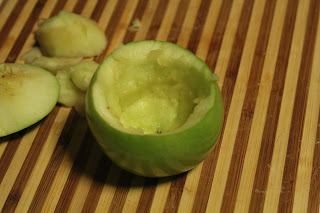 Peel the second apple and cut it into very small cubes. 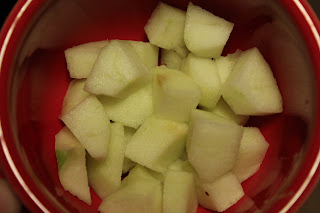 Sprinkle with cinnamon and sugar.  My husband likes a lot of cinnamon, so I used extra.  Put the filling into the apple cup. 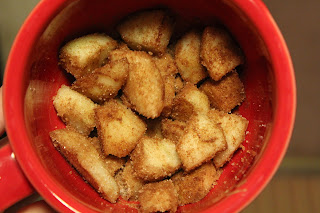 For the top, cut a circle out of an eggroll wrapper.  You can buy them in the produce section of Wal-mart. 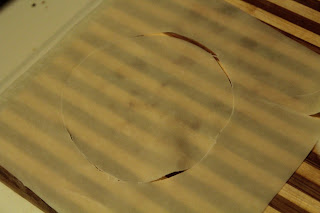 Place the eggroll wrapper circle over the opening of the apple cup.  Wet the edges of the wrapper so they stay down on the sides of the apple. 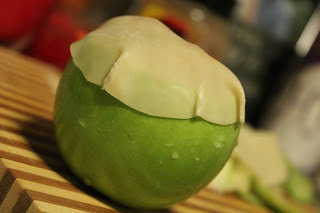 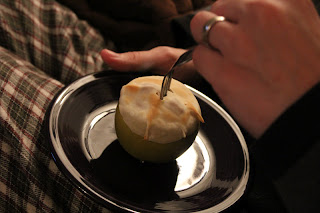 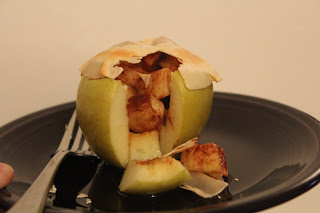 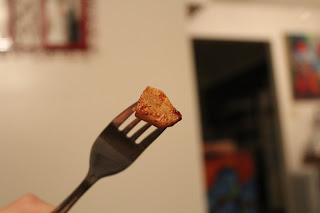