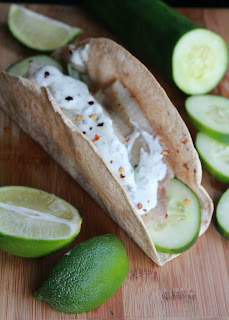 Who doesn't love Taco Tuesday? Personally, I look forward to it every week.  It doesn't have to be the same taco every time.  That's the beauty of it.  Pretty much, if you can put it in a tortilla, it can be a taco.

My favorites are fish tacos, especially for summer.  They are lighter than regular tacos, and on a hot, summer day, they can be quite refreshing.  Especially when paired with a cool, creamy sauce.

For these tacos, I used tilapia, lime, and honey.  It was really simple and really tasty.

For the sauce, I mixed one tbsp cilantro paste with 1/2 c sour cream. It was paired perfectly with the lime in the fish.  I chopped some cucumbers, put them in the taco with the fish, and topped the whole thing with the Mexican cream.  To add some extra spice, I sprinkled on some red pepper flakes.

To make this meal low carb, I used a low carb tortilla.  However, the only ones I could find were soft.  To make them crunchy, I baked them in a 350 degree oven like this... 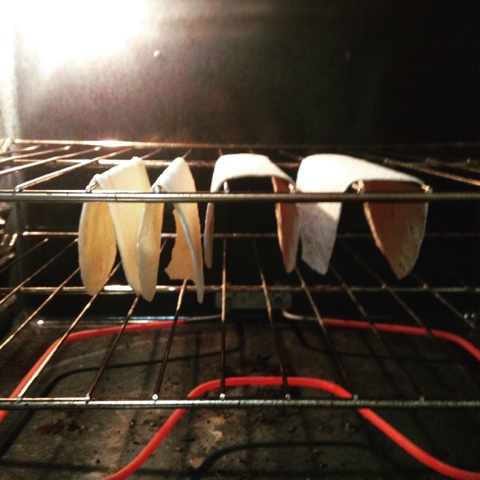 That way, they baked into the perfect shell shape. Just check on them periodically to make sure they are starting to crisp.  I haven't timed it myself; I just go by feel.

I hope you enjoy making these for your next Taco Tuesday!