I've made jalapeño poppers, and I've made crab cakes, but for some reason I never thought to combine them until now. I have been missing out!

It started because I wanted to make the cakes, but I didn't want to take all the time to fry them. I thought I'd try baking them this time, instead. And since I was baking them, I thought, "Why not try baking them inside a jalapeño? 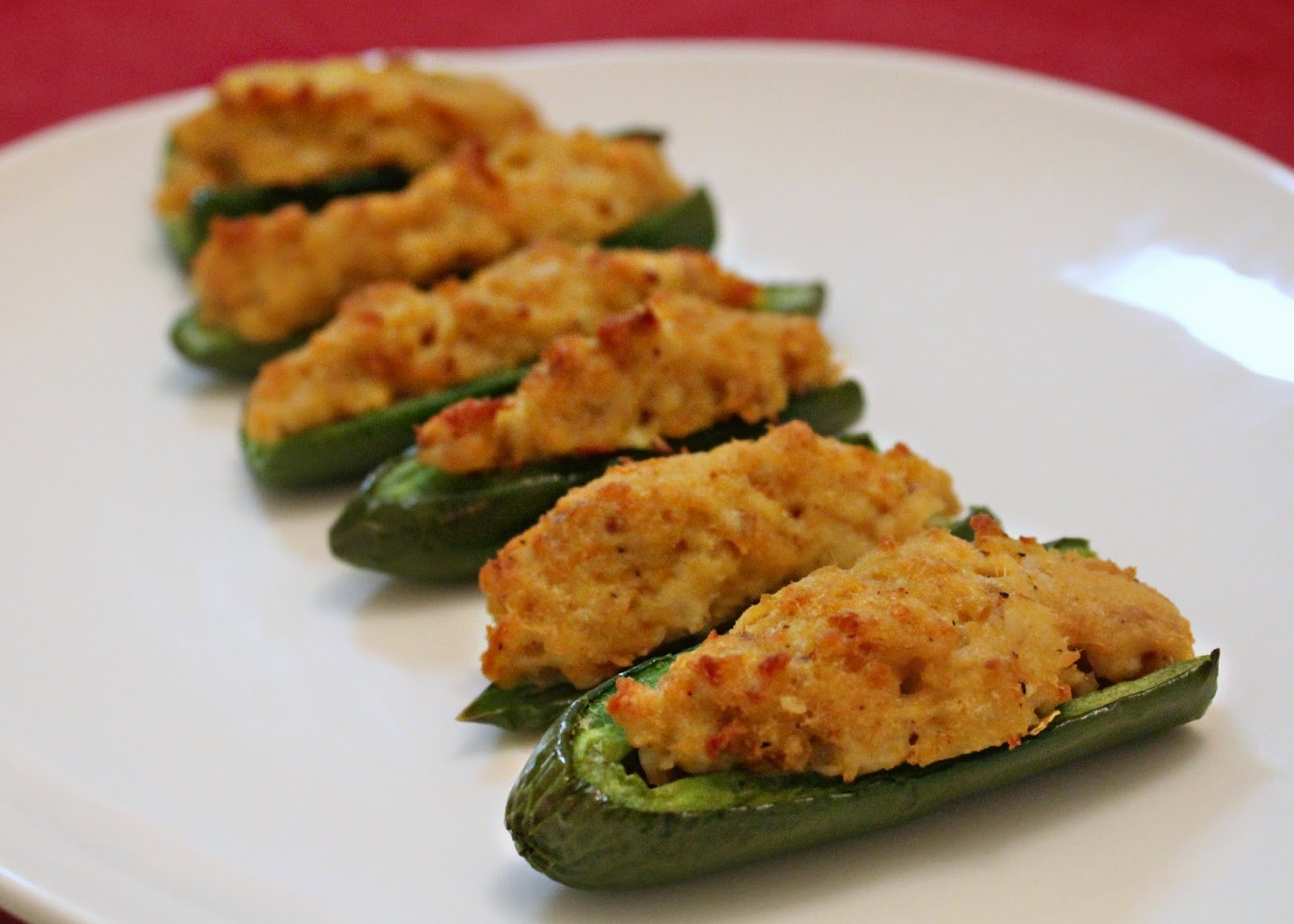 I used the same recipe as I did for my tilapia cakes only this time I used crab meat. After I halved and de-seeded the jalapeños, I stuffed them with some of the mixture. I sprayed them with some olive oil to make sure they browned up nicely. They baked for 20 minutes at 400 degrees and came out perfectly! 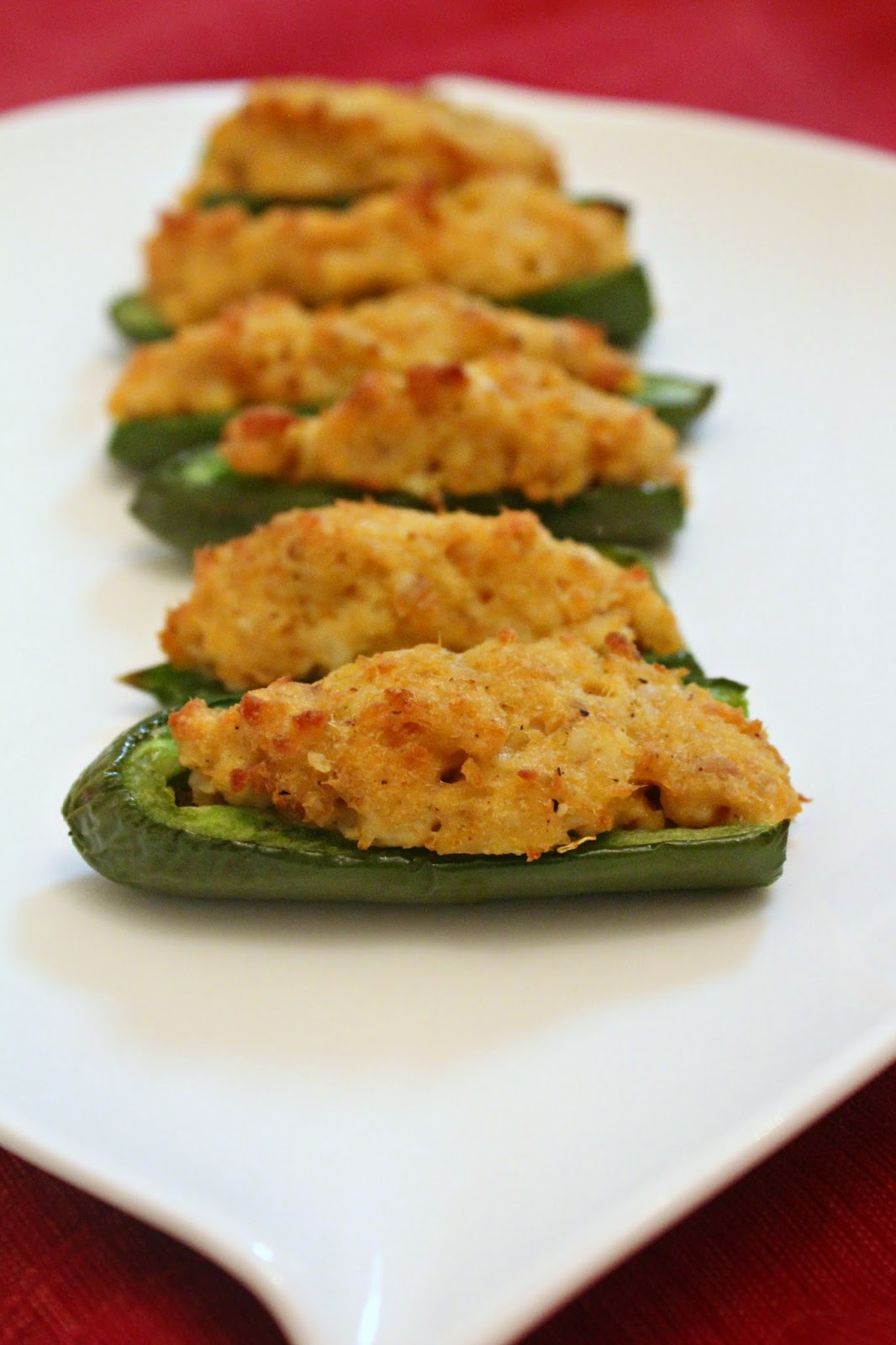 If you don't want to bake them in jalapeños, you can also bake them in a muffin tin to still make them have the "patty" shape. Just make sure to spray the muffin tin with the olive oil spray I addition to the tops. They turn golden and crispy.